Learn more about who we are!

Athletes on the Rise (AOTR) LLC. is a company dedicated to holistic athletic development.   We draw from multidisciplinary knowledge, including Sport Psychology, Strength and Conditioning, Applied Neurology, Sport and Exercise Medicine, Sports Nutrition, and many others to deliver a training experience that is tailored to each athlete in a way that no one else can offer.  All of our programs include assessment, goal setting, and efficient, progressive programming that provide the optimal challenge for each individual, thus providing results that athletes can see and feel.

Our goal is to be the premier training organization in the world, developing well-rounded athletes from grassroots through elite that accomplish their goals, whether that be making a team or obtaining college scholarships and professional contracts while being successful both in and out of the competitive sports environment.

The holistic, structured, and progressive approach using knowledge from multidisciplinary fields yields experience and results that are unparalleled, thus helping athletes achieve their maximal potential in sport and in life. 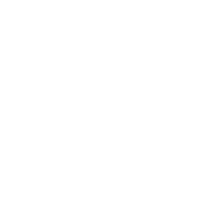 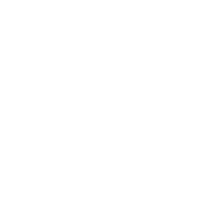 Mental training is a foundational piece for all of the AOTR training; with the proper mentality, just about anything can be accomplished. Mental training is woven throughout the Skill and Physical training, however there are many times this needs to be a focal point in itself.

Technical skill is a cornerstone of Athletic Development and Performance. Oftentimes, this differentiates beginners from intermediate, advanced, and elite athletes. No matter your size or athletic ability, players that are extremely skilled play at a higher level than their competition.

Technical skill is a cornerstone of Athletic Development and Performance. Oftentimes, this differentiates beginners from intermediate, advanced, and elite athletes. No matter your size or athletic ability, players that are extremely skilled play at a higher level than their competition.

Mental training is a foundational piece for all of the AOTR training; with the proper mentality, just about anything can be accomplished. Mental training is woven throughout the Skill and Physical training, however, there are many times this needs to be a focal point in itself. Many times, athletes need to be taught how to set and accomplish goals, work hard and smart, prepare and focus before and during training/competition, recover after making mistakes, reflect after training/competition is finished, create a championship mentality, and avoid burnout.

Erick has continually pushed himself to improve his understanding of the human body, mind, and spirit. His education has brought together knowledge from Exercise Physiology, Biomechanics, Sports Nutrition, Clinical Sports Injury, Sports Injury Assessment, Sport Psychology, Neurology and many other fields to allow him to train athletes in a highly specialized and holistic manner.

Going back to High School, Erick competed in basketball, volleyball, track and field, and golf. Afterwards, he decided to focus on basketball and competed collegiately at Clarkson University in Potsdam, NY before heading overseas from 2007-2014 to play professionally for teams in Spain and Denmark, and post-professionally in England.

While playing, Erick was consistently coaching basketball at all age and ability levels. These experiences have given Erick the unique insight into the entire process of development at the individual and team levels. The players developed would go on to compete at higher levels, whether that be for the Danish National Team or for different colleges across the United States and Canada. During this time, he also mentored coaches and developed their abilities.

From 2009-2013, Erick was the Head Physical Trainer for Haderslev Sports Academy where he developed a hard-working, championship culture while providing proper physical training for athletes in Badminton, Basketball, Golf, Soccer, Team Handball, Rowing, and Go Kart. In addition, he was the Head Physical Trainer for the Youth Elite Sport Development and taught a BASIS Training Program that implemented coordination, basic strength, and injury reduction measures for athletes from grades 6 through 8.

Later, from 2014-2015 he worked with the Danish Basketball Senior National Teams and helped them prepare for competitions throughout Europe and in China. Later, after finishing his Master’s Degree, he interned at the Sports Injury Clinic in the fall of 2017 at the University of Nottingham where he worked with injured athletes from multiple sports to get them pain-free, move better, and back to performing at a high level.

Pete has lived in the Cicero-North Syracuse area and has produced some of the best athletes ever to come out of that area. A trainer there since the 1980s, Pete has developed numerous High School and Collegiate All-Americans in addition to taking some of them to the professional level. A few of his known athletes include Breanna Stewart (Seattle Storm, 4x NCAA D1 Champion and League MVP) and Tyvon Branch (NFL Strong Safety).

Pete has co-written a book with Renee Brown called Sport and Motivation: Inspiring stories for syncing Mind, Body &amp; Spirit. The book can be found on Amazon.com or through their website http://sportandmotivationbook.com/.

Pete trains athletes of all ages and abilities at Cicero-North Syracuse.