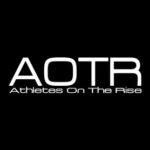 In this episode, we have Bernat Elias, the Assistant Coach for Sodertajle in Sweden, where they are fresh of a 2019 Swedish Championship.  Throughout our conversation, we discuss the many differences between the European and American style of basketball.  This includes, but is not limited to coaching education & development, player & system development, differences in playing style, and how US and European players differ (especially from a mentality standpoint).  Bernat also speaks about his development as a coach, the responsibilities has has continued to accrue as he as coached at higher levels, and his philosophy as a Coach.